This Writer Wears a Hijab

Tags: refugees, anti-immigrant rhetoric, 2020 election, the other 98%, racial epithets, Who is an American? 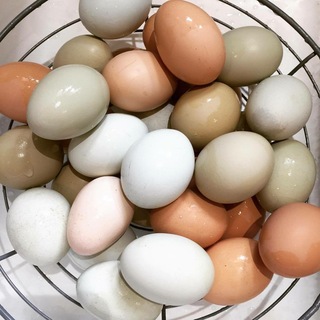 With thanks to my daughter, Chloe, and son-in-law, Ryan, for raising a flock of multi-ethnic chickens. Wishing all my readers peace in this season of universal rebirth.

We may have all come on different ships, but we are in the same boat now.

If I confided to you, dear reader, that when you do not see me or hear me or notice me, in front of the classroom, or on the train, or on the bus, I am wearing a hijab not out of necessity, but out of choice, how would your opinion change about my professional status, for example? Would you ask me if I were documented, or if I was a first or second generation American, or if I prayed, or if I had terrorist inclinations, or if I even belonged here in these United States? Or would you remain silent, silent and admiring, or silent and enraged, or silent and curious, or silent and wary, or silent and frightened? Would you report me to your superiors, have me watched, or try to recruit me to spy on my friends? And in case you are wondering, dear reader, if these scenarios are real, let me assure you they are real, they have happened to me, been reported by me, and I have written about them  over the years in different guises—journalistic voices and fictional disguises. I am Muslim, Christian, Jew, Hindu and Kurd, Iranian and Iranian-American and Haitian-American and Honduran-American. I am an American. It does not matter where I come from—originally. I am here. This is my country. I am a child of refugees. I am a child of immigrants. Do not tell me this is not my country.

These were my troubled and angry thoughts as I woke this morning. And also the word enfiladed, out of a dream, the writer wearing a hijab in solidarity with the non-violent Arab world, which is our world, our extremely endangered world—walking along an enfiladed hallway of ash-filled urns, the remnants of what was once a multi-cultural, multi-faceted open society, a society without borders that still only exists in an internationalist's imagination.

Yesterday, this enfiladed hallway was alive with students attending a small community college where I work as a writing tutor for nine hours every week. It is a bit too quiet these days—not enough students take advantage of our services—but when a student enters and sits down, and is courageous enough to ask for help, it is always interesting. I know that the student—white, black, or brown, wearing a hijab or dreads or a pony-tail—is  probably struggling to pay the rent and  pay for school. Perhaps she has no health insurance and her parents are sick and she is looking after them. Perhaps she has been in the military, perhaps she has been in prison, or had a baby too soon, or is the first person in her family to go to college because she dreams of being a paralegal or a social worker or nurse; perhaps she remembers watching her father executed in front of her eyes—in Mexico, or Guatemala, or Sri Lanka during the Civil War, perhaps she was born blind. This is the post-colonial, endangered, gentrifying world, families fleeing from man-made violence and natural disaster, families trying to survive on declining incomes without a safety net or extended family to lend a hand, or government benefits, or unemployment when a factory shuts its doors, or farmland is bought up by conglomerates,or barns sold off to millionares from the city for weekend getaways. This is the neighborhood in which we live. These are the Americans forgotten by our politicians in the last presidential election. We have already learned our lesson: we  must never forget them again.

Oh Carol, you write so movingly about what is right. Keep on keepin' on.

Thanks, Carol. I am aware of the immense privilege I have enjoyed all my life when I read your words.

Yes, excellent post Carol!! Would be a great op-ed piece in the Times, etc. Also...Chloe's chicks do produce gorgeous eggs :)