Tags: Black Lives Matter, In This Together, Restorative Justice 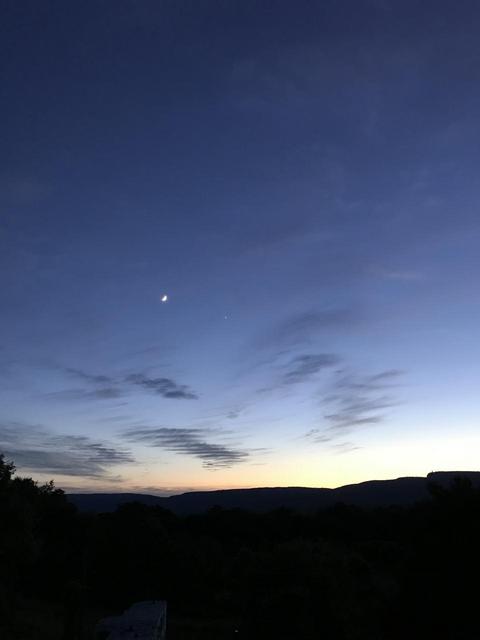 There's trouble on the mountain

The valley's full of smoke

There's crying on the mountain

And again the same heart broke

Slavery casts a long shadow across our lives.

"Tears We Cannot Stop; A Sermon to White America"

I passed a sheep farm on my walk this morning. Two lambs were outside the fence scratching to get back in, their mothers and siblings bleating and desperate, though that's a human word. There were no humans in sight. I walked further along and hollered to some kids riding their bikes on a driveway, then spoke to their dad who came bolting out of the house with his mask on. He said he'd call the owner right away, then ended up driving past me to the owner's house because he couldn't get him on the phone, then stopped on his way back and we said goodbye. All of which is to say: it felt good to rescue these lambs even though I'm aware they are possibly being raised for slaughter, not just for their wool, and it felt good to slip the mask down to my neck to talk to another human being, a neighbor, and to be able to thank him at a distance. If life isn't exactly normal, we are at least enjoying some micro-connections now, out of doors and at a distance.

But it's been a hard week and as I got closer to the sheep and their lambs I remembered my mother's lambskin coat. Why did she buy this coat? What did it signify if not a refugee's "arrival," newfound privilege, warmth and safety, status. And though I had my personal struggles as a child of divorce, and a child of the Holocaust, my childhood was mostly privileged, and it was white. I would not collapse on the church steps in the summer, homeless and hungry, this would not have been my fate.

It seems as though many friends, family, colleagues and acquaintances are making politically correct confessions these days, and I have resisted making mine, but the memories have come tumbling as the fires burn, so I decided to write a blog post about them after all. I remember that coat and I remember my friend Rochelle, whose mother took a risk and sent her to elementary school below the interface, the invisible line that separated Harlem from White New York. Somehow she'd gotten special out of zone permission for her beloved daughter. And my mother knew Rochelle's mother, maybe from the Planned Parenthood clinic where they both worked—my mother a doctor, Rochelle's mother a nurse, and somehow Rochelle became the only black child in my elementary school. What did that feel like? How did she navigate being just one?

I knew nothing of de facto segregation, or the struggles of Rochelle's middle-class, educated family in a de facto segregated city, or the despair of the underclass, or that most of the underclass at the time was black. But it does make a difference, a real difference, when children go to integrated schools and make all kinds of friends, and play with each other and love one another. We know this from many reputable studies. And it made a difference to me, and still does. I've remembered Rochelle all these years, and why it was best not to ask why she could visit me, but I could not visit her on the other side of the interface.

My family moved to the East Side to get away from the Puerto Rican migration which in itself is a story of privilege. My mother's had an office in our home and her white, privileged patients refused to walk the side streets to West End Avenue as they could not by-pass these immigrants who were boisterous, gregarious, chattering away in Spanish, sitting on their front stoops, the "strange" odors of their kitchens cascading onto the street in the warm weather. And on the East Side, I was placed in a segregated section of a public Junior High School called "special progress," SP for short. 7SP and 9SP; there was no 8th grade, we skipped the 8th grade. How did this happen and why? Where were the darker-skinned children?

We met them in the lunch room, we met them at recess, we watched as they boarded buses to be taken further uptown, and we went home to our well-appointed apartments in White New York. This was called "busing." Us and them.

High School was even worse. My parents didn't understand the "system," and they didn't have money to send me to private school, so I went to Julia Richman High School, was placed in a segregated "Country School," and was beaten badly by a group of black girls in the gym locker room. And though I was terrified, or perhaps because I was terrified, I refused to point them out to the powers that be and told my parents to let it all go, just to let it go. Within months, they got me a scholarship and moved me to a private school where I was out of place and disheartened in ways I could not, as yet, understand. It wasn't the suburbs, but it was white flight nonetheless. And it was there, in a Social Science seminar, that I learned that something significant had happened that would shape me and my life's work. I was imprinted with outrage, not at the girls who had deliberately targeted and hurt me, but at the legacy of one of America's two original sins: the genocide of the Indigenous People and the slower-moving genocide of enslavement, Jim Crow, lynchings, chain gangs, mass incarceration.

Years later, we chose a private school for our daughter—Manhattan Country School—that was founded by people who had worked with Martin Luther King Jr. It had a sliding scale of tuition and a deliberate, carefully architected policy of ethnic/racial quotas. A documentary filmmaker dubbed it "The Little Utopia," which was sustainable within its walls, and at least for the time that our daughter was there. But by 8th grade, when she entered public school, it was all over. LaGuardia High School of Music and Art and the Performing Arts, a terrific school in many ways, was disappointingly socially self-segregated. Still, I suppose we have to be grateful that talented kids from all over the city—rich and poor, black, white and brown--passed the audition and got to go there, and make their art together in the studios, and celebrated their achievements together, and then graduated together.

And I remember our daughter's African American boyfriend whose father worked for the court system. He arranged for him to carry a badge in his wallet as protection. But how would this protect him if he got stopped? Our daughter traveled with him everywhere and then lived with him in an apartment in our building. I was on the board at the time and received a phone call that a strange black man was in the laundry room. Sound familiar?

And there are more memories, but I will stop there, and conclude with this thought: the toxic weed of racism must be pulled out at its roots, and muscular models of restorative justice energized, if our democracy is to rebound and flourish.