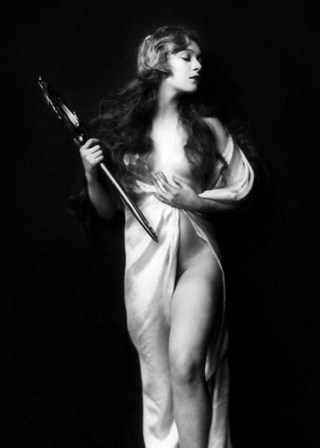 Caryl Bergman, Ziegfeld Girl. Photo by Alfred Cheney Johnston, 1929.
I had Googled myself which I do from time to time to find out where my writing might have drifted—without payment—and I found an entry for a Ziegfeld Girl, circa 1929, by the name of, yes, you guessed it: Carol Bergman aka Caryl Bergman. Had she changed the spelling of her first name? Or had a publicist done it for her? Needless to say, I was intrigued. There were two artful/saucy portraits of her online, one of which I include here. They were taken by Alfred Cheney Johnston, a well known theatrical portrait photographer and a favorite of Florenz Ziegfeld’s.

There were the regular photos for posters and front of the house display and then there was a private stash discovered in Johnston’s home after his death. According to Laurie Sanderson, the president of The Ziegfeld Club, this stash was not commissioned by Ziegfeld who championed women. Many, like Ms. Sanderson’s grandmother, Nanon Gardner, lived in the Hotel des Artistes where Johnston also had a studio. Did he pay the girls for posing after-hours? Did he give the photos away? Sell them as soft-porn postcards? And would it have been possible to decline the invitation to pose? Ms. Sanderson says that her grand-mother did not pose. Were there consequences? Many of the images are now available on eBay. Vintage Photos Hashtags: #SexyByNature #Health #Beauty #Fitness. I could go for those as applied to me, nude or clothed.

I’ve been reflecting on all this—the life of another Carol Bergman way back in the roaring 1920’s which we now know as The Jazz Age. Florenz Ziegfeld interviewed about 15,000 “glorious specimens of American womanhood” a year, and 3,000 were selected to be in his shows. Ms. Bergman made the cut. (I respectfully give her the modern moniker Ms.!) She starred in four musical comedies: “Sweet Adeline,” “Through The Years,” “Show Girl” and “Rosalie.” These girls could do anything: a bit of singing, a bit of dancing, a bit of acting. And they were very young. Caryl Bergman was just seventeen when the photo I have attached here was taken.

At first, roses arrived from “Flo” Ziegfeld with a note: “May I make you a star?” Later, roses and notes arrived from men in the audience. Some remained anonymous, some didn’t. These were showgirls. They were on parade. Was there an unwritten clause in their contracts, perhaps, to be cooperative with the photographer? Those photos. How could Ziegfeld not have known about them? And how were they used?

“Her hair is of the natural hue one attributes to the Nordic race: not a golden blonde not a silver blonde, but that glorious shade between. Her eyes are blue—a gray blue, and her lashes long and darker than her hair. Her nose is small and straight, and her little mouth parts into a gracious smile more often than not—and shows an even rose of small, pearl-like teeth. Her skin is soft and creamy in coloring. It is skin not as white as the Gainbsborough blonde--not as peach-like in tone as the Greuze brunet. With her very light hair, it calls for a light rachel powder and medium shade of raspberry rouge . . . . "

And all I can say to that hyperbolic, evocative/provocative piece of writing is: really? Nordic? Well, it was the 1920’s.

From a Ziegfeld Girl's point of view it was a job like any other, or no other, and if I were asked to moonlight in Johnston’s studio for extra bucks, I surely would have done so. Aren’t all theater people happy to be employed? And to be a Ziegfeld Girl—I would have been proud.

Ziegfeld went bankrupt in the Depression and ended up working for Samuel Goldwyn in Hollywood. After he left New York, his employees scattered and found jobs elsewhere, if they were lucky. Caryl Bergman headed for Europe and in 1934—as reported in the Pittsburgh Gazette—she turned up in a “tent club” in that city. Later, she got married, wrote a novel and became a peace activist. There is no record of her death. Perhaps she is immortal or has returned—in spirit—to grace the cover of Vanity Fair.  Read More
Be the first to comment 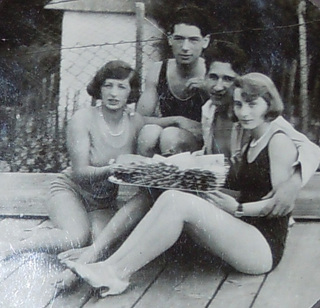 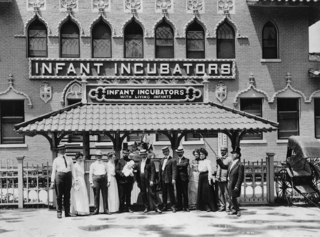