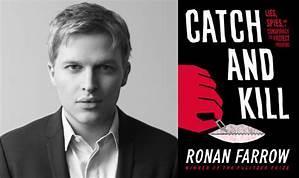 But one may say very true things and apply them falsely. People can easily take the sacred word duty as  a name for what they desire any one else to do.

It is not the task of propaganda to discover intellectual truths.

When one watches some tired hack on the platform mechanically repeating the familiar phrases... one often has a curious feeling that one is not watching a live human being but some kind of dummy: a feeling which suddenly becomes stronger at moments when the light catches the speaker's spectacles and turns them into blank discs which seem to have no eyes behind them.

I thank George Orwell and George Eliot (Mary Ann Evans) for the inspiration to write a "critical" essay this morning, which hopefully will sustain my readers' interest and attention. In this sound-byte culture we are living in—and as a writer and educator—I despair at the loss of attention, curiosity, and language itself. I had wanted to write a humorous blog post this week, or to post some lovely holiday photos and mountain sunsets, which I am assured my friends will "like," but it feels impossible.

And with that preamble, I will proceed:

These past few tiresome weeks, we have been witness to an unprecedented political spectacle, aided and abetted by both the mainstream media and social media. No matter where we are on the political spectrum, or what market-driven channels we watch, we are consumers of this media, all of which delivers us to the advertisers. Books and commentary are proliferating; 45 is a media cash cow.

It is time to take a breath and think.

The outcome in the Senate is pre-ordained: Donald Trump will remain in the White House until the election, possibly beyond. We are at great risk and must prepare for such a result. I ask myself and my readers to consider this possiblity, and worse, and to initiate a process of self-questioning and problem solving.

What can we do in the short term? What can we do day-to-day to make our individual, too-short lives joyous and fulfilling while, at the same time, remain constant in our efforts to resist fascist impulses, retrograde laws, and constitutional challenges.

I cannot ask others to do what I must do to answer these questions. I will list a few suggestions here and ask you, dear reader, to add yours to the mix with your comments in this open forum:

1. Read more history to maintain persepective about the fault lines in the American Experiment that have led us to this dire moment. Resist escapist literature and series binging, at least some of the time. Each day, shut down electronic devices and read. Reading slows us down and exercises our cognitive muscles so that we can think deeply and precisely. We will need strengthened brain power in the months ahead.

2. Help a young person become educated. If you do not have children or grandchildren, and even if you do, volunteer some hours every week with the other 98% as well as the entitled 1 %. Both are important. Help deepen literacy in the broadest sense of the word. Encourage and participate in a content analysis of the media this young person relies on for information and entertainment. Study together. Talk constantly. Use evolved language to defeat propaganda.

I work in two disparate educational instituions—one privileged, one under-privileged—and I can attest to a stark similarity: Americans are under-educated. All of us need to raise our knowledge base.

3. Think global, work local. Wherever you are, in whataever town, village, hamlet, city or county--volunteer. Canvas. Meet and greet your local politicans, call them when you have a concern, write them emails, insist that they speak to you in full, considered sentences. Resist jargon, platforming and fund-raising pitches. Most are good people who want to serve until they get swept up into the "system." Insist on continuing accountability.

4. Get outside, away from the computer and television and news feeds, into the fresh air and sunshine. Walk with a friend, or wander and explore solo. Let your brain and spirit rest. Talk to everyone, do not assume anything, including a political point of view. People are more than one thing: they have struggles, they have stories. Listen to their stories. Remain open and compassionate. We owe it to the next generation. We owe it to ourselves.

Yes, read history or any discipline that offers perspective. Resist easy explanations of complex issues. They tend to be multi-faceted and layered.

Yes, help young people to make meaning of the world, to value evidence as means to reasoning, to operate in both the cognitive and affective domains and not to subscribe to facile, superficial explanations. Ask why people think what they think.

Yes, get involved, be an active citizen, contribute to building a good society, fight against ignorance and arrogance, engage in charities that seek to make the world a better place.

And, yes, take time to rest. Walking is good for physical and mental health, is kinder to the environment than other forms of transport, and enables you to see better what is around you.

I have walked miles around the streets and housing developments in my local political constituency during the recent general election which has resulted in a devastating blow for progressive thinking and compassionate politics. By looking at people’s houses and gardens, talking with people from different backgrounds and hearing both similar and different points of view you begin to appreciate the diversity and complexity of who we are. It provokes a reconsideration of well-honed points of view as well as confirming others. We must listen more to people with whom we disagree, the better to understand.

With thanks, Bryan, for your commentary. It seems as though both of our (developed) countries are facing similar challenges these days. We were in London when Britain went into the EU and participated in the celebration. It will be a sad day when the British/EU passport becomes a collectible.