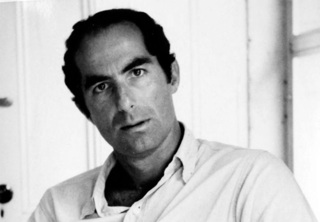 Portrait of Philip Roth by The Paris Review in the Fall, 1984 issue.
"The sheer surprise of the Lindbergh nomination had activated an atavistic sense of being undefended. "

"A childhood milestone, when another’s tears are more unbearable than one’s own."

“In this little room full of people he was suffering the pangs of men whose egos lose their virginity—as happens when they overhear for the first time a beautiful woman’s undiluted, full-strength opinion of their masculine selves.”

This blog post is dedicated to Philip Roth and Tom Wolfe who died this week, both in their 80’s. They were tireless writers, prescient writers. They wrote fiction and nonfiction, though Wolfe was primarily a journalist who wrote his novel “Bonfire of the Vanities” on a dare. All journalists eventually turn to fiction and harbor the ambition to write The Great American Novel, his friends said to him, sotto voce. Hubris ascendant, Norman Mailer had always said he would write The Great American Novel. Instead, he wrote “The Executioner’s Song,” a nonfiction book that used fictional devices to tell a story. Roth wrote a tongue in cheek, not very successful novel called "The Great American Novel," in 1973. It was about baseball.

Tom Wolfe found it difficult to relinquish interviewing and the scaffold of a real-life story, so he disciplined himself to produce a certain amount of words every week, and made an arrangement with Rolling Stone to serialize the book. That was unusual, strange and nerve-wracking. He vowed never to do it again. Think of Dickens, Trollope and other 19th century novelists writing to deadline, much like journalists, every week, book after book after book.

Roth had always written fiction, fiction that reads like nonfiction, and only occassionally wrote nonfiction. His setting was more often than not Newark, the city of his birth, and he created a persona, Nathan Zuckerman , a writer, to tell his richest stories. Yet, my favorites are non-Zuckerman novels, both masterpieces: “Nemesis” and “The Plot Against America,” which I reread this year. It was the One Book selection in several towns across America and for good reason; it is prescient indeed.

These days women are often offended by the old guard of white-American, sometimes misogynist male writers—Updike, Roth, Bellow, Mailer, etc. – men of the pre-women’s movement generation. And though we may wonder what women writers were doing for them, and with them, as they were getting published and becoming famous, these essential contemporary questions do not diminish the writers’ talent and accomplishments. Still, it's of interest that Roth's ex-wife, actress Claire Bloom, wrote a scathing memoir about her marriage to Roth, "Leaving a Doll's House," that paints the author as a self-centered misogynist. Her book faded into obscurity as his reputation soared. And is it fair and is it right? Fair, perhaps not. Right, absolutely. Books survive on their merit.

So, too, the work of Wharton, Hemingway and many others. Anti-semitism courses through Hemingway and Wharton like a mother lode. When I was young and came upon mindlessly cruel racial slurs, in the voice of the narrator or the character, I shut the book and tossed it aside. I was more than offended, I was terrified. But no longer: the times in which those writers lived were different times. With #Metoo and #BlackLivesMatter, we are now in the midst of another advancement in Civil Rights. Writers will digest these changes and use them in their work. I am certain that Roth and Wolfe, both astute observers of America, would have done the same had they lived another decade.  Read More
Be the first to comment 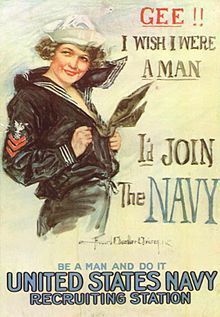 My husband, Jim, hadn’t had time to get a haircut before we moved. It was long and looked unkempt, retro-hippie, which was not okay with him, even though we’d moved to a retro- hippieish town. But where to go? There was the barber shop on Main Street ($9 for students), closed Mondays, and a salon in the mall, so that’s where we went.

Jim gets along with just about everyone and toggles easily between high and low culture. His cutter was a guy so he began with guy talk. They called each other “buddy,” which is really retro. I sat and read my highbrow book, “Flowers of the Killer Moon,” by David Grann about the Osage murders on their oil-rich reservation in Oklahoma in the 1920’s. None of it was making me smile.

I looked up as the first skein of locks fell to the floor. The cutter had taken out the lawn mower when Jim said: “Short. I don’t want a haircut for a while.” So involved was he in conversation with the affable cutter that I don’t think he noticed that he was getting a buzz cut. For an instant I rose out of my chair, but it was too late, there was no stopping it. I suppressed a giggle.

The guy talk continued: Motorcycles segued to California, Route 101 and driving 165 miles an hour without a cop in sight. (The cutter boasting, not Jim.) Then I heard the word “daughters.” The cutter has four and they are mostly okay, he said. There is only one he’s wanted to hit over the years, but stopped himself. Now Jim nearly got out of his chair: “Think of what we do to ourselves when we hit our children,” he said, deadpan. I could see the cutter’s face drop: the guy talk was over.

When I first met Jim at UC-Berkeley he was in the Navy Reserve after serving his country for two years on a ship in the Seventh Fleet. Because he was going to Reserve meetings every week on Treasure Island, he had to keep his hair short. He looked spiffy in his Navy Whites and very buzzy, macho cut. What would he think of this one? What did I think? “You look like a cop,” I wanted to say, disapprovingly, but didn’t. I’d let our daughter assess the unplanned change in her dad’s appearance when we arrived at Mother’s Day celebrations on Sunday. I knew she'd be polite, encouraging, and loving to her tender, non-macho, feminist father.  Read More
2 Comments

This story has a familiar ring to it! Your writing workshop was an extraordinary experience for me. Now I am officially hooked on your writing and have placed you on my blog reading list with all of my favorite (mostly garden) blogs.

Becky,
It was a pleasure to meet you at the Inspired by Nature Writing Workshop last week in Stoneridge. I've looked at your blog, too, and am impressed. The writing is so lively. Thank you for trying all my prompts without complaint. I'm gratified that you enjoyed the experience. 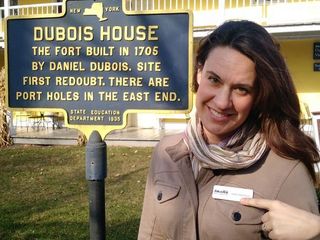 Photo courtesy Jennifer DuBois Bruntil
I met Jennifer DuBois Bruntil in the women’s locker room the first week I moved up to New Paltz. We’re both lap swimmers and I’d noticed that she has a smooth competitor’s stroke and mentioned that I ,too, had once been a competitive swimmer. I don’t do flip turns any more, nor do I rotate my head side to side to breathe, though I still love to swim. That was the beginning of our conversation.

Jennifer is a trained teacher who, at the time, was working at Historic Huguenot Street as the School Programming Coordinator. She lives in New Paltz with her family, not in the original farmhouse--they were dairy farmers--but in a house her grandfather built when he retired. However, to say she “lives,” in New Paltz is not accurate; her family has been anchored here for twelve generations. The DuBois name is everywhere in town.

I was intrigued and started to read everything I could about the history of New Paltz from the first Dutch settlements to the present day. Dear Reader, I went to the local library. There I found various books on the shelves, an archivist, a huge collection of memorabilia, and a link to 66 libraries in the Mid-Hudson Valley for loans.

As soon as I began to read, I wanted to know more:

What happened to the Esopus people? They were the First Americans to live here. Unlike the descendants of the Dutch, English and French Huguenot families who still reside in New Paltz, their history is mostly absent from a history of New Paltz photo book for sale at the library. Yet the Algonquin language the tribe (still) speaks is evident everywhere—the Esopus creek, the town of Esopus, Kerhonkson, and so much more.

The tribe was decimated by disease, enslaved by the Dutch “settlers,” pushed west into Wisconsin and Canada by the US government—a trail of tears—and by the time the Huguenots arrived, their numbers had diminished significantly, they were in survival mode and struck financially beneficial deals. By all accounts, they lived mostly peacefully with the Huguenot settlers who themselves had escaped persecution. It’s a complex, fascinating and troubling story that still resonates today.

“The subject of my town’s local history had been on my mind for a few reasons. For one, I am a descendant of the New Paltz Huguenots,” Jennifer DuBois Bruntil explains in an article she wrote for the Poughkeepsie Journal in December, 2016 to publicize her children’s book, “Hugo the Huguenot.”

Although Jennifer had never considered herself an author, the idea for the book began as a poem in her head in the middle of the night. She got up and wrote it all down, consulted friends, found a local illustrator, Matthew Kelly, and started to raise funds through Kickstarter. The book is charming, informative and, for the most part, historically responsible. More than a simple “congratulations on getting published” is due here. To her credit, Jennifer DuBois Bruntil has included four beautifully illustrated pages devoted to the Esopus presence on the land the Huguenots purchased. Missing, however, is any reference--even in the background illustrations-- to the African slaves in New Paltz. Yet, the history of slavery in New Paltz has been carefully documented by historians Eric Roth and Susan Stessin-Cohn in the Huguenot Historic Site's“register” of slaves (1799-1825). They write:

“Often overlooked is the fact that African slaves provided the town of New Paltz with an abundant supply of labor for use in the farms, mills, and homes during the town's first 150 years. The institution of slavery thus provided the Huguenots and their descendants with much of the labor upon which to build their communities, prosperity, and longevity.”

The register is fascinating to read:

Few families in Colonial America, including the Jews in New York and our Founding Fathers, remained innocent as the barbarity of the slave trade intensified. Either they owned slaves themselves, were complicit in the “legalization” of the institution, or succumbed to the temptation of free labor.

Jennifer DuBois Bruntil has ended her modest children’s book with the arrival of the Huguenots in America, before they purchased slaves themselves. A sequel would undoubtedly have to include all this subsequent, disturbing history explained simply, but honestly, to young readers. During the educational tours at the Huguenot Historic Site, students are taken to different "stations" where they find out about the Esopus at one station, and family life, including slaves, at another. None of the local history is ignored. And during the summer months, SUNY New Paltz Professor Joseph Diamond supervises students as they dig for artifacts left by the settlers, the Native Americans, and slaves, in front of the DuBois Fort, the Esopus Wigwam, and elsewhere in the carefully preserved, landmarked area. This year he hopes to excavate part of the road. I plan to stop by to observe their progress and will report again in another blog post. Stay tuned.

“Hugo the Huguenot” is available online or at the Huguenot Historic Site gift shop in the Fort: