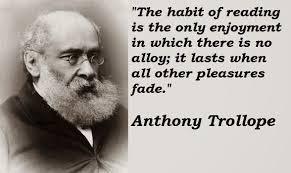 I have just lost one of my cherished literary friendships. Gerry Oppenheimer died in Seattle on August 23rd, aged 94. In hospice care at home these past few months, he was dignified and alert to the end. I called him regularly, as I had promised when his wife, Mildred, died a couple of years ago. He hadn’t been a great telephone conversationalist and I had usually talked to her at greater length, but I enjoyed them both—books, politics, family. Both Mildred and Gerry were librarians. There wasn’t an author or book they did not know about. Mildred read more novels, Gerry more history. Both were avid consumers of the New York Times and The New Yorker.

When our daughter, Chloe, was born in London, they sent a beautifully illustrated book about children from all over the world. They were cultivated internationalists in the best sense of that word, and maintained their friendships with a devotion rarely experienced these days, despite the ease of social media. We never felt out of touch with them no matter where we lived.

Mildred was my husband, Jim’s, cousin. Their family had settled in Seattle at the turn of the 20th century. Originally fish brokers in Berlin, they also had salmon fishing traps in Ketchikan, Alaska. Youngsters in the family got to spend their summers working there and photos in the Ketchikan newspaper archives are testament to the family’s integration into the Innuit community. Only the boys were invited to Alaska, of course. The girls—still domesticated and religiously observant—stayed home. But the history of Seattle is also the history of the Bergmans in Seattle, and all of it is captivating. Gerry came to the city later, as a refugee from the Nazi genocide. He was a historian of the period and the perfect person to consult as I began working on a memoir about my Austrian and Czech family. So during one trip to Seattle, I took a long meandering morning walk with him and talked about what I was working on. He was a wonderful listener and asked sharp, useful questions. And as an archivist and researcher par excellence, he offered tips and then followed up with hard research he had done himself. “Searching for Fritzi,” would not have been written without him. So when I say Gerry was a literary friend, I mean just that; he wasn’t a writer himself. But he understood how to encourage and support a writer struggling with a project. He had nothing at stake except his desire to help. Later, when the book was in galley, he read it thoroughly and made corrections and suggestions.

And then came Trollope. This was during another stopover in Seattle, on our way to Alaska. More walks and talks along Lake Washington. Did I know, Gerry asked, that he belonged to a Trollope club? No, I did not! I had never read Trollope, I confessed. Should I read Trollope? Deep, rumbling laughter followed, very Trollopian, I now know since I have read Trollope ever since. In the very bedroom where we were staying during that visit was a shelf-full of Trollopes, all 47 of them. “The Warden first,” Gerry suggested. And that was that. I was hooked.

Thanks for expressing your lovely reminiscences of Gerry and Millie, Carol. I'm in tears, thinking of all the beautiful memories you've shared. They were both amazing people--each in their own way. We miss them every day.

Thanks for writing, Kari, and much love from your cousins in New York. xo