Why It Matters When Writers Are Tortured and Killed 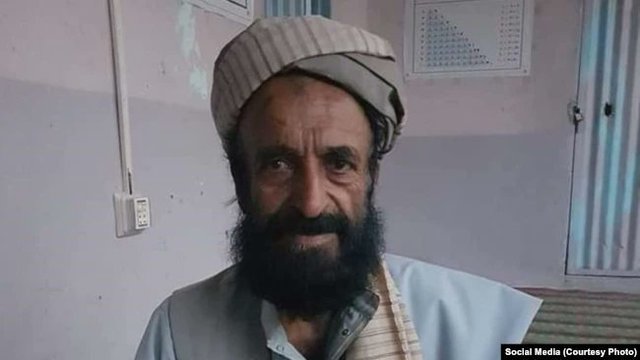 WHY IT MATTERS WHEN WRITERS ARE TORTURED AND KILLED

A society has no chance of success if its women are uneducated...

If policy makers know little about Afghanistan, the public knows even less, and few care about policy failure when the effects are felt only in Afghanistan."

― Rory Stewart, "The Places in Between"

On August 4, in Uruzgan province's Chora District, where there was fierce fighting, and media outlets were looted and shut down, the Taliban targeted and murdered two PEN International members: poet and historian Abdullah Atefi, and journalist and spokesperson Dawa Khan Menapal. Please note that these killings took place before the Taliban over-ran Kabul, and before the American surrender. The world was not yet paying attention. In the ensuing rapacious takeover in Kabul, the news cycle focused on the evacuation and the airport, not on the notable Afghanis who had already been targeted and killed in the provinces outside Kabul.

The swift, deliberate murders of Atefi and Menapal does not bode well for the future of writers and journalists in Afghanistan, especially women. The consequences of such evisceration of dissent are dire:  If reporters, writers, and broadcasters are silenced, or killed, it is tantamount to a news blackout. We will not know what is going on, and the Afghan people will not know what is going on, whether good news or bad news.

Who will hold the new government in Kabul to account? Who will speak out, demonstrate, remonstrate and petition if not the writers and journalists in the world that is still free? I call upon my students and colleagues to continue to provide whatever sustenance is possible to the beleaguered, terrified, hungry and suffering civilians in Afghanistan, and the refugees who have landed on our shores. Please do not switch the channel to more comforting news, or start binging on another Netflix program, or go to your refrigerator for yet another snack just yet. Please know that members of the international mother ship of  PEN (an acronym for Poets, Editors, Essayists & Novelists), the writers you know and love, authors of the books you read and then discuss in your book groups, or donate to your local library—and be grateful for that library—are  in mourning over the assassination of two of its members. They have faces, they have names, they have families:

Abdullah Atefi, was a member of Afghanistan PEN since 2008. He was a renowned poet and highly educated economist and  historian who had published a history of Pashto literature and culture. He made his living cultivating his land and teaching literature at a local secondary school. (I've been searching for his poems online, hopefully in translation, but haven't been able to find any as yet.)

Journalist Dawa Khan Menapal  worked as the chief of the now-collapsed media and information center. The day before his murder, he spoke out against the killing of Abdullah Atefi.

Sunday is my day for deep reading of the paper copy of  The New York Times. Home delivery is erratic in my area so I pick it up at a local Stewart's after my morning hike. The smell of the newsprint calms me, even if I know that the news reports won't. Last Sunday, I put the paper down and started an inventory of my published short stories, then made a decision to add a PDF Bookstore tab to this site. All proceeds will go to PEN America. Founded in 1921, PEN was one of the first international human rights organizations. I am proud to be a member of the PEN America branch in long standing.

Thank you for bringing these heinous murders to our attention, Carol. I fear for the many Afghans who are not friends of the Taliban...