The Unexpected Presence of Snakes 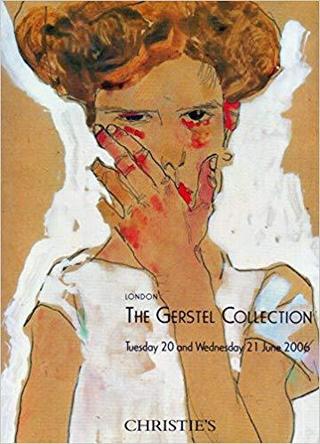 German and Austrian Art - Evening Sale - Christie's London - 20 June 2006 - included the collection of my father and his wife: Dr. Frederick & Ilona Gerstel, many years after my father's death.

We drove to Woodstock last week for a private screening of Cambiz –Amir Khosravi’s documentary film, “Inheritance.” The drive was long and winding, there was no GPS signal for a while, and I was irritable by the time we arrived. Friends and new friends, cheese, dips, wine, watermelon and a frisky dog, Cooper, awaited us. My mood lifted, more so as I began to understand that the film’s subject—the history of Iran and the role of Cambiz’s father in the autocratic Reza Shah’s regime—has analogies to my own back story. Snakes in the family. What to do about them? Create art, evidemment (French pronunciation, please.)

I, too, had a father I hardly knew whose questionable actions were eventually revealed by me and others. The decision to expose the truth was not hard ; my father had abandoned my mother when she became pregnant with me. But mine was not merely a revenge exploration, nor is Amir-Khosravi’s pilgrimage into Iran’s history and an estranged father he disliked. Much as we might resist, at first, these intimate and, sometimes, shameful stories, the process of shaping them artfully becomes discovery, expiation and, finally, an addendum to the historical record.

Though he was a Holocaust survivor, some of my father’s art collection—mostly Egon Schieles—was purchased from caches of Nazi looted art. For a while I could not believe that he had done this, but then it made perfect sense based on my experience of him as his daughter. Yet, when an art scholar recently asked me about my father’s motivations, I could only hypothesize: he imagined he was rescuing the looted art ; he was obsessed with Schiele’s skill as a draftsman and the pornographic, sadistic imagery; he persuaded himself that the provenance was legitimate; or, alternatively, he was totally ignorant of the art’s provenance; or, as the art accrued in value, he got greedy. And so on.

“Egon Schiele, My Father and Me,” was written after one of my father’s paintings was restituted to the rightful heirs. I was furious at my discoveries and wrote in a frenzy, then calmed down and told the story as accurately as I could. Both my article and Khosravi's film have a similar restraint and intensity.

Amri-Khosravi was living in Teheran with his aunt in 1953—just nine-years-old—when the CIA and British backed a bloody military coup that installed the Shah. Khosravi's father, Reza Gohli Amirkhosrovi, who had worked for the Shah's father as Minister of Finance, joined the inner circle of the new government. These facts, and many more, are undeniable. What Amri-Khosravi has made of them is art.

“Inheritance” will be screened at the San Francisco Film Festival on September 23rd:

Both your story and Cambiz' are painful but look what the two of you have done with them! As a writer, there is something necessary and satisfying to tell the truth, hard as that may be. 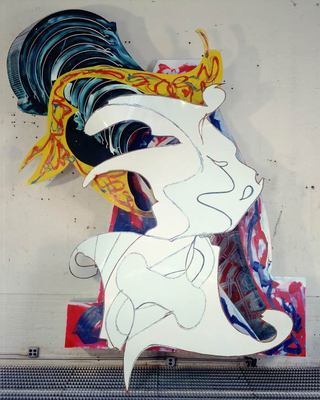 Frank Stella, The Whiteness of the Whale, 1987
I had only a few memories of my Canadian cousin, the daughter of my father’s younger brother, Paul. He had settled in Canada instead of America which was not his choice, but he had had no choice. Refugees rarely do. The family of five siblings—the parents left behind—were split up after an initial flight and a year of waiting for visas. The siblings left the European continent before their parents—our grandparents—could be saved. Now, decades later, Sherry was coming down from Toronto for Thanksgiving. We’d had a reunion in May, become Facebook friends, and were getting to know each other as adults.

And it was all because of an essay about my father’s Egon Schiele collection I had published in February that all this happened. I was doing some research and Googled Sherry. There she was on the board of a symphony in Parry Sound. Our fathers would have been proud; the musical strain in our family runs deep. So does athleticism. Sherry was an ice skater, a competitive ice skating judge, and she travels all around the world to watch competitions. Oh, I am proud of her.

Writing takes me to wonderful places and a reunion with a long-lost childhood playmate and relative is just one of them. Scholars contact me, other writers, students studying writing, or just a reader with a question, a compliment or a correction. I answer every request, every email. The purpose of writing is to connect—my voice into your ear—to share experience and history, and to add to the historical record. Why else bother to write?

I had a city day with Sherry on Sunday: the Whitney and the Highline. We meandered through the Frank Stella retrospective and commented on the shifts in his perspective from flat to three- dimensional. Born into privilege and successful early, some of my artist friends dismiss him, but I cannot. I am admiring of his persevering, playful spirit. The later wall sculptures, in particular, make me smile. I think Sherry enjoyed herself, too. After so many years, we were having a play date and this has nourished the blog I am writing here today.

One doesn’t have to suffer to create great work. No matter the source of our creativity, it is all worthwhile.  Read More
Be the first to comment 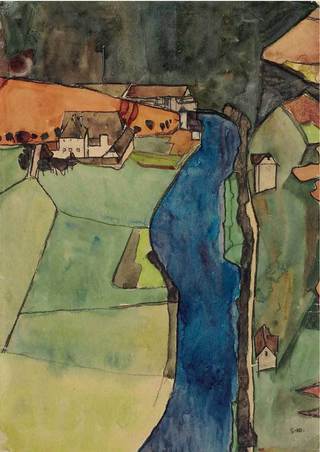