Venom in the House 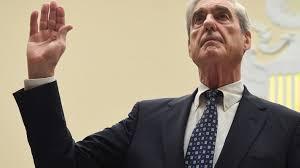 We are what we always were in Salem, but now the little crazy children are jangling the keys of the kingdom, and common vengeance writes the law!

I have been struggling all morning to find a pithy quote to begin this blog post, one that describes the shredding of hope, expectation, good will, common sense, intelligence, and civility in Washington DC. I remembered a discussion of hot and cold mediums when I was in graduate school after I slogged my way through Marshall McLuhan's gnomic prose, but I have rejected several McLuhan quotes and present you, instead, dear reader, with Arthur Miller and Philip Roth. (More of McLuhan later.) "The Crucible" was written at the height of the McCarthy siege in Congress, not unlike the venomous hearing we witnessed yesterday. "The Plot Against America" was written in saner times, yet it is disturbingly prescient. It imagines Charles Lindbergh winning the presidency in 1944; Lindbergh was a neo-Nazi. Both "The Crucible" and "The Plot Against America" are literary masterpieces and I urge you to read them.

Hot and cold. Text is cold, email a bit warmer, the human voice warmer still. Where was Mueller's voice yesterday? Where was his conscience? So obedient to "fairness," and the words of his own report, such as he remembered them, or scrambled to find them, that he could not stray into warmth, or intimacy, or opinion, or passionate concern. Only once did he manage to eke out a more forceful sentence about the dangers of continuing Russian interference in our upcoming election. Whether or not the Democrats in the House understood what might happen if they summoned Robert Mueller to a hearing is moot now. The deed is done.

"If your pictures aren't good enough, you're not close enough," Robert Capa, the famous war photographer once said. The same is true for all story-telling, whether oral or written. I can can still feel the heat from our larger-than-life flat screen as Robert Mueller raised his hand to take the oath. Television, especially our huge, high definition close-up screens and crisp audio, is a hot medium. People may tell lies unabated and without remorse, but the digital image and audio do not lie. They flare into our consciousness, into our synapses and our bones, whether we will it or not.

If I had listened to Mueller on radio, his stammering and confusion would have been obvious. The image of his bewildered and exhausted face amplified his weak and faltering—nearly autistic—delivery. The Republican prosecutors—Mueller on trial—were as venomous as Joseph McCarthy and his cohorts. Mueller was pummeled and diminished, his report in tatters, or already forgotten.

"How can this be happening in America? How can people like these be in charge of our country? If I didn't see it with my own eyes, I'd think I was having a hallucination," Roth writes in The Plot Against America.

I end this post today with Roth's question which has, as yet, no answer and no immediate remedy. I think that those of us who have been resisting the regime in Washington since it was installed more than two years ago, and who watched the Republican display of opportunism, righteousness and cruelty yesterday, will never forget it.