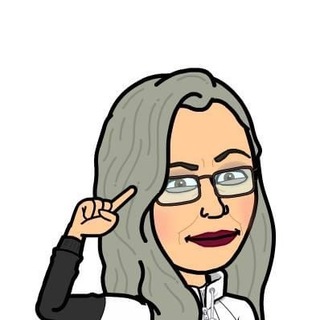 I had read online about an observation that women were remaining pregnant longer during the pandemic. The theory was that we were holding our babies inside because of anxiety about safe delivery and the hazardous and uncertain state of the world.

- Lucy Jones, in The American Scholar

I lost a good friend this year and when he was gone and our writing connection was mentioned twice during the memorial, a trip to the city just for the memorial, I began thinking about endings and decided that this blog book/or book blog (I never could decide) was coming to an end also. I tried to write an ending, but then I decided there was more to say and it was a false ending like the false ending in a movie that tries to intensify the suspense and keeps us engaged and watching until the final credits. But then, if we were fortunate and willing, we were vaccinated, and with new guidelines from the CDC, we began to enjoy an unanticipated freedom.

The weeks were fuller and passed more quickly as we started to visit with one another and participated in activities that had been on hiatus. I made dates with friends for lunch and coffee and we sat face to face and talked, words spilling out of unmasked mouths like a rush of fresh spring water. We had been living in a desert and we were parched. So all this was changing, shifting, bringing us back to ourselves, our colleagues, our families, our friends. And for those who had lost loved ones, a slower respectful mournful hesitant reopening, each at their own pace, each in their own time.

Until the pandemic began in March of 2020, writing and the writing life had been the subject of this Authors Guild hosted blog; I began it in 2008. It's a good discipline for a writer, much like a weekly column in a newspaper, and I have always enjoyed it. Like other published work, it has led me to people and places I would not have experienced otherwise. Then the pandemic descended, and like many artists, I felt compelled to witness and then document my observations and experience. I created a dedicated blog called Virus Without Borders, and Chloe Annetts, my talented daughter, offered to design the site. It was up and running for a few weeks when it got badly hacked. The text appeared in Turkish, or Russian, and everyone's email addresses on Mail Chimp was more than likely stolen. It would have been too expensive and time consuming to fix, so I sent out a notice to my subscribers suggesting they change their passwords quickly, and started using the Authors Guild site for Virus Without Borders. The IT back-up staff at the Guild are efficient and competent. Whenever anything goes wrong, they take care of it right away. The blog has been running smoothly, and will continue, but it won't be Virus Without Borders after today.

My city writers group meets this week, still virtually, and I have asked them to read Hemingway's A Moveable Feast for our warm-up discussion. I have an old Penguin copy published  posthumously in 1964 from notebooks and an original manuscript by his fourth wife, Mary, and criticized in later years for what she edited out. One of Hemingway's sons, Sean, published another version in 2009. But the original is still a very good book, especially for writers. I read from it this morning, its pages brown and brittle. I must have bought it when I lived in London; it has traveled far, and often. I could not part with this copy when I moved back to the United States.

Hemingway's sentences are inspiring. He used a device called parataxis, the atomization of action: and then and then and then. I was also reminded that he stopped writing when he knew where he was going to begin the next day. That is a valuable practice, one that resonates as I write this Coda which also invites renewal, change, a turning of the page, another path forward into my work. Dear Reader, it's time for me to move on: a short story idea and a series of restorative justice workshops both require my full attention.

A few final words: Our interconnectedness this past difficult year has been sustaining and life affirming for me and I hope that it continues, that we will never forget the reality of our interdependence—local , national and global. Please stay in touch on FB, Twitter, or this Authors Guild site, and rest assured that I will always reply to comments on my posts, personal emails, texts and phone messages.

All very best, as ever,

Hello Carol,
I enjoyed your historical account of blog and also look forward to reading your future endeavours! All the best!