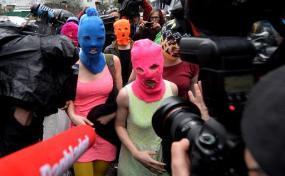 Students arrive in my workshop—and I will have a bunch of new students next week—eager to find their voices and their subjects. It is their mandate, I tell them, to speak loud and clear about whatever interests or moves them, and to shuck the editor on their shoulder telling them not to write about this or that. We don't live in Russia. We don't live in China. We are as free as we dare to be.