A Break From Beheadings, Please 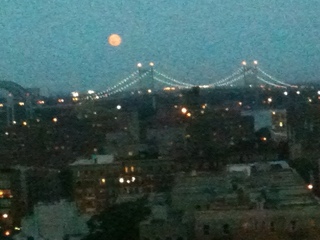 They have identified the monster who has been beheading men in the dessert. In these horrific videos, the men are wearing orange jump suits and the killer is dressed in black, sleek monster fashion to be admired/emulated by all his FB friends around the world.

Let us not give this criminal/terrorist a name or wonder with endless interviews what he was like as a boy, how he turned from the sweetest child into a monster. He and others like him must be stopped, as Hitler had to be stopped. Are these killings any less planned? Any less awful?

And I could go on, but have promised myself to take a break from the news—print and electronic—from the images of beheadings and all the geopolitics associated with them.

Is it possible for a writer to ignore what is going on in the world? Or for any artist? Can we create a work so insulated that it glows serenely in a utopian, cosmic firmament? How did Murdoch manage “By the Sea, By the Sea,” for example. Or Naipaul, how did he explain to himself “The Enigma of Arrival?” These are books of descriptive pastoral contentment and they are utterly relaxing. Perhaps these writers took a respite from beheadings, metaphorically speaking. We all need that. Is it any wonder that the renaissance in cable/tv programs keeps us glued week after binging week? What are your favorites, dear reader?

In a PBS documentary I watched last night, Philip Roth, a dark comic writer who claims he has permanently retired from writing said, “You don’t have to look for suffering when you’re a writer. It will find you soon enough.”

And so I am ignoring the pressing concerns of the world today, or just for today. I turned off my computer before noon, I went for a swim, I met a friend for lunch, I bought some bananas, I washed the dishes. And I will turn on the television after I sign-off here to watch a favorite program or two. House of Cards, Season 3, Episode 1. I'll start with that.