A Book With Legs 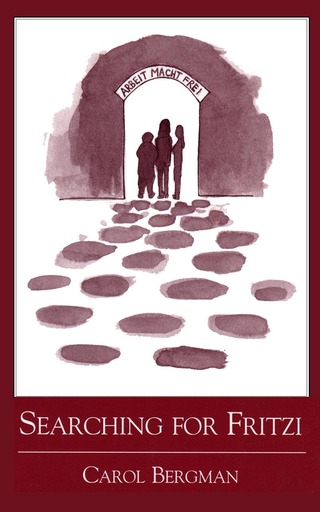 My mother had not wanted me to write the book; she was frightened. Frightened we would be sued, or threatened, or embarrassed, or exposed. She had become as secretive about Fritzi Burger, the Olympic ice skating champion, as Fritzi was about herself. They were cousins and had grown up together in Vienna. Two years between them, related through their grandmother, they looked like twins. They ice skated together, attended family gatherings, giggled together.

By her early teens, Fritzi had become a competitive ice skater and traveled a lot. She fell in love with a German tobaggoner and then met and married a Japanese businessman, a grandson of the Mikimoto pearl family. She disappeared as WW II began.

When I started an oral history with my mother, Fritzi’s name came up, and I started to search for her. I found her in Maine living with her second husband who had met her at the Tokyo Tennis Club in the 1960's. Fritzi had spent the war years in Japan, secure and protected even after the American occupation began and those close to the Emperor and the military were indicted for war crimes. The Mikimoto/Ishikawa clan were interviewed, but not indicted, probably because they were close to the Emperor. Fritzi’s collaboration with America’s enemies was amplified by her connection to the Reich; she entertained German officers when they came to visit the Japanese High Command to discuss armaments and strategies of global conquest. Had she dared, she might have been in a position to save some of our family, but there is no evidence that she revealed her Jewish ancestry, or mentioned the slaughter of her family. Did she know about it? Most certainly.

I didn't know all of Fritzi's story by the time I published “Searching for Fritzi” in 1999; there were many open questions about her. But some years later, thanks to the internet, I began receiving intriguing emails from Michael Ramsey, a former soldier in General MacArthur's occupation army. He had met Fritzi in Tokyo in 1947 and wondered about her. Why was she there? Why was her Japanese family immune to prosecution? Trolling the internet, Michael found my book and we became collaborators of a different sort. Together, we pieced together more details , and I hired a researcher in Tokyo. I wrote an addendum to the book, republished it as an e-book, and placed an article in a magazine in Austria published by the U. of Salzburg. After that, I began getting queries from German and Austrian historians. They still arrive, the most recent just a couple of weeks ago from a historian based in Berlin who lived in Japan for many years and can therefore make good use of the archives there. He told me that his quest began when he found “Searching for Fritzi" in his university library in Berlin. That surprised and pleased me.

In the journalism trade, we say that this has been a project “with legs.” One modest book, an attempt to trace a family story, and years later, I am still fielding emails, and meeting scholars and faraway relations for lunch when they travel to New York. Last week I met Fritzi Burger’s step-daughter, an interesting encounter. Working on her own memoirs, she had found the book on amazon and read it with interest, and astonishment. She had had no idea about Fritzi’s “Jewish” ancestry. What a surprise! How awful that she never even mentioned this, she said.

Sometimes a German academic is puzzled by my "friendliness," though we are colleagues, and so many years have passed. Perhaps there is guilt at their own family's actions during the war. I am not interested. What's important is what they are doing now, all of it in the spirit of historical accuracy, and reconciliation.

I think my mother would be pleased that "Searching for Fritzi" has done so well. Despite her initial resistance, she was proud of my accomplishment and relieved that we had exposed Fritzi Burger. What she anticipated did come to pass: I was threatened with legal action by Fritzi, but it came to nothing, and for good reason: I had written the truth.

What an absolutely fascinating story, which has a life of its own, even now many years later. And so you continue to "add life" to this vital piece of your family history as well as to world history.