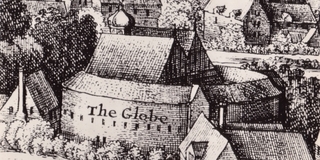 Lest we ever forget the empathetic, imaginative genius of The Bard, we have another reminder in an up-and-coming digitalized archive at The British Museum Library. It’s a play, circa 1600 that was never produced. (The original playwright is unknown,) . The authorities were afraid it would incite riots. Why? Because the main character—Sir Thomas More—makes an impassioned plea for the humane treatment of French Hugenot refugees seeking asylum in London. Sound familiar?

Shakespeare was brought in as a script doctor, as were others, but scholars agree that his contribution is the most moving and well-written. Indeed, he fixed the script; many speeches have a distinctive Shakespearean signature.

For those who have not read “Wolf Hall,” or seen the adaptation on PBS, Sir Thomas More was Henry VIII’s councilor and lord chancellor. And by many accounts, including Hilary Mantel’s, he was not a particularly sympathetic figure. Shakespeare re-interprets Sir Thomas More, deepening his character in the rewrite of the script.

“At its heart it is really about empathy,” says the library’s curator, Zoe Wilcox, in an article in The Guardian on March 15, 2016. More is calling on the crowds to empathise with the immigrants or strangers as they are called in the text. He is asking them to imagine what it would be like if they went to Europe, if they went to Spain or Portugal, they would then be strangers. He is pleading with them against what he calls their ‘mountainous inhumanity’ ” :

“You’ll put down strangers,/ Kill them, cut their throats, possess their houses,/ And lead the majesty of law in lyam/ To slip him like a hound. Alas, alas! Say now the King/ As he is clement if th’offender mourn,/ Should so much come too short of your great trespass/ As but to banish you: whither would you go?/What country, by the nature of your error,/ Should give you harbour? Go you to France or Flanders,/ To any German province, Spain or Portugal,/ Nay, anywhere that not adheres to England:/ Why, you must needs be strangers.”

We would do well to remember that these are not Sir Thomas More’s words, they are Shakespeare’s.