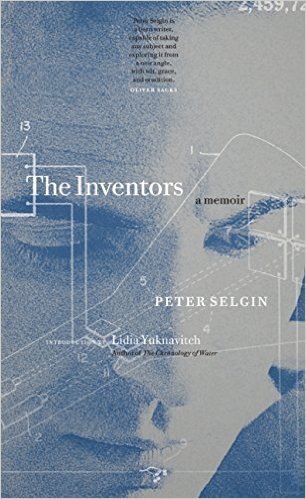 Shall we use real names? Fictionalize? What if someone reading a blog post or my fiction finds themselves in my work? I’ve used their experience and/or their name without asking and they are offended, even hurt? Is it worth risking a friendship or a relationship with a family member? What if I offend a politician or a government? What then?

These are difficult questions for any artist, but they are also irrelevant to our work. Is that too harsh? Too uncaring? Does it matter what genre we are working in so long as we keep working? Does it matter if we fudge the boundaries between genres? Experiment with new forms? Yes and no. Sometimes.

Artists make art out of their lives. We’re on a quest for truth, clarity, tolerance, connection, the transformation of life experience into art. We speak when no one else dares. We write and draw and take photographs when no one else has the skill, access, tools or knowledge. We dig deep, we don’t let go.

Is it any wonder that so many artists and writers are in jail in authoritarian countries?

I just finished reading a very affecting book, “The Inventors,” by Peter Selgin, a former Gotham Writers Workshop colleague. It’s a coming-of-age memoir about his well-known inventor father, an inspiring 8th grade teacher, and Peter’s own subsequent “invention” and “reinvention.” It’s told using a mostly second-person narration, an intriguing choice that works well. But why this choice? I’ve sent Peter a query and hope he will answer before I post this blog. He’s just returned from a successful book tour. The book is doing well, as it should. But, Peter, I have some questions. I do remember talking to you about these issues when we were in a writing group together some years ago. I don’t think we ever agreed. So here we go with this discourse once again:

The teacher is never identified, nor are one or two other characters in the story. As the revelations are often troubling, and this is ostensibly a memoir not a novel, the absence of identification feels like an ellipsis. The teacher and Peter’s father are dead, other people are not. Was Peter worried about offending? Protecting? Why did he make this decision? As of this writing, I am not sure. But I was stopped short by this sentence from one of the contemporary first-person journal entries: “If I mix a little fiction and nonfiction, a little lie with the truth, it’s by way of making truth even truer.” (page 145) After that, I’m left to wonder if anything Peter describes in his story—his feelings, the anecdotes—is true, or where the truth lies, if anywhere, or if I have just been reading a very good made-up story by a very fine writer and, if so, if I have been tricked in some way into thinking that what Peter says happened really happened. Maybe The Teacher, as he is called, didn’t ever exist. Maybe he was invented, a figment of Peter’s imagination.

I have strong opinions about fabrication in non-fiction work: I think the writer loses credibility. It’s probably my journalism muscle, but there it is. Lying politicians, cover-ups, a manipulative market-driven mass media. Remember James Frey who was advised to transpose his novel “A Million Little Pieces” into a memoir—without proper guidance, because it would sell better—and then got into trouble with Oprah on live television?

In nonfiction, we can write imaginatively, even experimentally, of course, but fabrication and conflation, that doesn’t work for me unless the book is labeled fiction or autobiographical fiction.