A Few Thoughts on Veterans Day 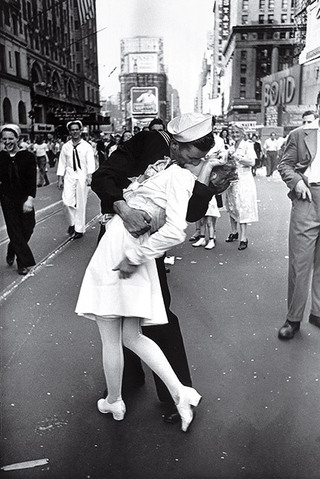 When I met my husband, Jim, in California he was still in the Navy Reserve. He’d signed up for six years and been on active duty in the Seventh Fleet for two. He still had his duffel, his pee coat, his buzz cut, his Navy “whites” and, thankfully, the GI Bill to finish his education. That’s one reason many young men and women from less than privileged backgrounds sign up. But when Jim was in the Navy, it was a peacetime Navy. These days, deployments to war zones are not the exception, they are the rule. Too many are returning maimed and traumatized. Dreams of a secure future are shattered. And is the world safer? I wonder.

I have many war stories in my arsenal of stories—family stories and stories from the field when I was working on “Another Day in Paradise; International Humanitarian Workers Tell Their Stories.” I attended war games in Geneva run by the International Red Cross—aid workers are soldiers, too—so let us celebrate them today. They learn the Geneva Conventions, go into the war zones unarmed, risk their lives every single day. My grandfather was in the Austrian army during World War I, returned to Vienna unscathed, then died of a massive heart attack before the Nazi round-up. The German army marched into Vienna, an occupying army. Shall we celebrate them? Of course not. Am I a pacifist? Absolutely not. I remember telling my mother many times that if I’d been in Vienna during the Nazi occupation, I would have fought in the resistance. A fantasy, of course.

Reading the history of WWI is illuminating and depressing. Was it necessary? Why does diplomacy fail? What have we learned? What is the true nature of patriotism? What is the purpose of sovereign nations? Do they guarantee peace and prosperity? These are the questions I am asking myself this Veterans Day. There is a belligerent neo-fascist in the White House. He could easily get us into terrible trouble overseas; he already has. As for domestic challenges, consider the conflagration in California and his threat to withdraw federal aid. Soldiers are brilliant in disaster zones; they know what to do. Deploy in California instead of on the Mexican border. Let the caravan in, for goodness sake. Put the refugees to work on the disaster clean-up alongside our well-trained soldiers instead of at the point of a gun. Give these refugees citizenship in return for their service. Protect their children. Act with compassion. Become a humanitarian soldier, Mr. President. A fantasy, of course.

Not long ago, during a book signing, a young man came up to me and said he was a former soldier, that he’d been on two tours, one to Afghanistan, the other to Iraq –lost many of his buddies--and was getting a Masters degree before signing up for an NGO in Afghanistan. We are Facebook friends and I follow him—in Kabul and during his travels. Guns into Ploughshares. I salute him.