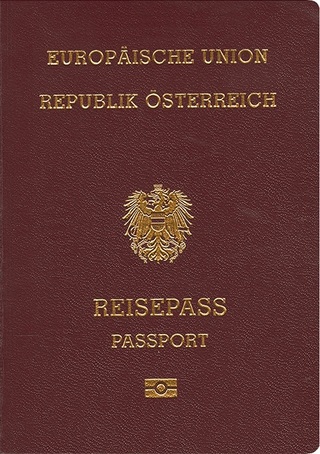 The Austrian Passport. The Consulate's website says that information about Austrian citizenship is currently only available in German.

I am not sure if this is a tragedy or a comedy, but I think it is a comedy. I have just been informed that I am entitled to Austrian citizenship. In legal lingo it's called "the right of return." This will be another chapter to write, a treasure trove of story.

My family was originally Austrian, most of them slaughtered in the Nazi genocide, and now, as a descendant, I, too, can receive an Austrian passport. All I have to do is apply and prove that my parents and/or grandparents and/or great grandparents were native Austrians. How lucky am I. Bless them. Not only am I entitled to an Austrian passport, I am, by extension, entitled to an EU passport. And I don't have to relinquish my very precious Amerian passport, or reside in Austria, a country I scratched off my list as a vacation destination after my second tumultuous visit there. I've written about my experience of both visits in my memoir, "Searching for Fritzi." (Please read the e-book version as it has a very interesting addendum.)

Why is my tongue in my cheek as I write today? Why am I amused? Or bitterly amused? Well, as all things Austrian, this offer has arrived ein bissel späte. That's German for "a little late." The Germans have done better; they made great efforts immediately after WW II. Not so the Austrians. No great effort for a long time; they considered themselves "victims" of the Nazi war machine. We all know this, definitively, to be untrue; they were happy collaborators, happy perpetrators.

My mother, father and stepfather collected restitution checks until they died, but the checks were from the German government, not the Austrian government. Interesting, nicht?

I wonder what my murdered and displaced relatives might say if they were alive to accept this benevolent offer from their once-loved nation. I try to imagine a return to their favorite haunts—the alps where they skied, the coffee houses where they read the daily newspaper and met their friends, the opera, the university. I can't imagine any of this without feeling a very big sadness and a very big anger. (The definition of sarcasm is tearing flesh. I am tearing flesh.) And so, during this Yom Kippur week, I will say this to Austria: there is no atonement, none at all, for a genocide. Thanks for the gesture but I am not interested.