The Secret Language of Sport 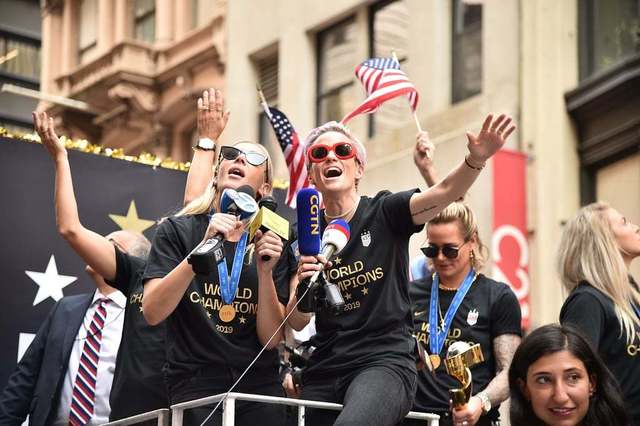 What in the midst of that mighty drama are girls and their blind visions?

Think of yourself as an athlete. I guarantee you it will change the way you walk, the way you work, and the decisions you make about leadership, teamwork, and success.

I have just returned from a post-Thanksgiving 50-lap swim where I out-swam and out-paced three men to either side of me, and then sat in the sauna and had to listen to an all male conversation about marathons, hiking and climbing prowess. I was the only woman in the sauna, which is unusual, but I think these men had arrived in a male-bonding clutch after a run in the mountains. They seemed oblivious to my presence; I was not oblivious to theirs. I did insist that someone make room for me on the crowded benches after no one moved. After a day of cooking and cleaning-up, my body was craving the swim and the sauna, and I was not to be turned away because they—the male bonders—were taking up all the space. Chit chat chit chat. Then one man said he'd run in the Boston Marathon, and please excuse him for being politically incorrect, but he'd be damned if he could accept that men and women were allowed to compete in the same race. No one said a blessed word to contradict or correct this misogynist. And, for once, I didn't either. A day of relaxation requires remaining silent, right? But I could not stop the words that came into my writer's brain: devolution and disinhibition. In the not so long ago past, we had evolved; now we are in a devolution trajectory it seems. Certainly, in the not so long ago past, there was an understanding that we keep private hatreds private. Earlier this week, I heard someone refer to an accomplished woman athlete as a "tomboy." I haven't heard that word since—when—the 16th century?

I am an athlete. In high school, I was on the basketball team; we were not allowed to dribble. We had to stand and shoot. On the softball field, playing with the local boy athletes, I was allowed to hit--I was a slugger-- but not to run the bases. In the lake at day camp, I only raced against the girls. I was bored. At NYU in the pool my junior year, I only competed against young women, though I was faster than all of them. Eventually I joined the modern dance club, which was less frustrating.

I wrote about my experiences as a pre-Title IX young woman athlete for an anthology of stories called Whatever It Takes; Women on Women's Sport published by Farrar, Straus and Giroux.

So let me be very clear: I—and every woman athlete, professional or amateur, are beneficiaries of Title IX, the 1972 Federal Civil Rights Law, a law that protects everyone, not only women, from discrimination based on sex in education programs or activities that receive Federal financial assistance. The protections of the act extend beyond federal financing. With the #metoo revelations, court cases, accusations and resignations, the conversation with and about women --as well as LGBTQ men and women-- has changed and expanded.

Will the packed Supreme Court mess with Title IX? I certainly hope not. All women athletes expect equal opportunity, respectful conversation, and pay equity on every playing field.