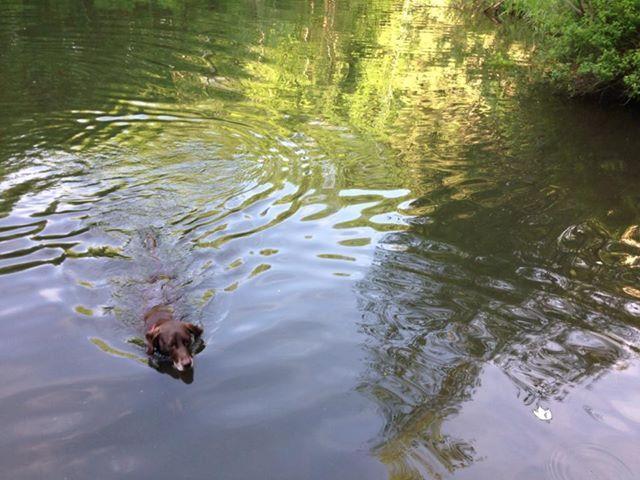 You must understand that a lot of us who are much older and more experienced with illness than you are also shaken by it. To stand by as a doctor unable to stop the spread of this dreadful disease is painful for all of us.

The weather is warming this week, the week we understand that the COVID summer is just starting, that despite Phase 1 re-opening in New York State, the virus still lurks among us ready to effloresce into a second wave if we do not distance, and wear masks if we cannot distance, and remain vigilant. At least I am upstate, I tell myself, where it cools at night, and I don't have young children at home who have been homeschooled and now have to be told they cannot go to day  camp, or swim in the neighborhood pools, or hang out with their friends. Maybe the same upscale houses I pass on my walks will set up their above-ground pools and/or open their in-ground pools soon. Shall I ask if I can take a dip when they are having dinner, perhaps, or early one morning when the disgruntled children are still in their light cotton pajamas? Oh, I have missed swimming since the SUNY pool shut down in early March. But this woe is a small one compared to so many others right now—friends who have lost jobs, friends who live alone and are feeling the psychological impact of their isolation, friends who have lost loved ones.

As a child, I would never have been in the city in the summer. Like other privileged city children I would have been evacuated to the country, away from the polluted  air and the city pools. Or I would have been sent away to sleepover camp, or taken a trip abroad. I would never have been permitted to walk barefoot on steamy sidewalks, or experienced the gush of water from the hydrants, or been allowed to sleep on a fire escape. The building where I lived as a child did not have a fire escape. I never  smelled fetid garbage or noticed rats rummaging for food. These childhood images are not mine. They exist only in photographs I have studied, photographs of a New York I have never known. In addition to the heat and humidity, which began at the end of May and often continued into my return to the city in September, I was innocent of the street sounds cascading into open windows, or the threat of polio or encephalitis in the city's pools. My mother, who was a doctor, never spoke of these contagions, even though she commuted to the city to work from our country home, as did my step-father, while my sister and I went to day camp and were minded by a nanny.  Even after the polio vaccine was available, and I finally understood what polio was, and how my family had been spared, I never considered that my mother might have been exposed or endangered as she worked in the hospital clinic. Like the frontline workers today, I do not think she would have considered not working. She had always wanted to be a doctor. Her Uncle Arnold was a doctor for the trolley union in Vienna, she loved him dearly, and he encouraged her aspiration, unusual for a woman at that time whose family was far from wealthy. Incarcerated at Terezin, my great-uncle Arnold was a "camp" doctor, and saved many lives until he himself was too weak to work and was sent to Auschwitz to be killed. This family lore came down to us from one of the survivors of Terezin, for which we are grateful.

I cannot locate my anxiety today though I know it resides somewhere in the current downfall of the American Dream, of hopes dashed, of savings evaporated, of a vaccine and treatment months away. And though I have never been blind to the class divide in New York, my native city, I can feel it sharply as the COVID summer begins. Whereas I once had confidence in the nation's competence and my own, I am no longer so confident. Indeed, I am disgusted by the selfish defiance of so many Americans as we "open," and the heartless abnegation of the executive branch of our federal government in the face of this pandemic.

As usual, a fantastic piece of writing, Carol. Many thanks. The first § sums up beautifully what I am thinking or was thinking at the beginning of the lockdown and I just hope that the French for once will obey the recommendations avoiding a second lockdown !!!