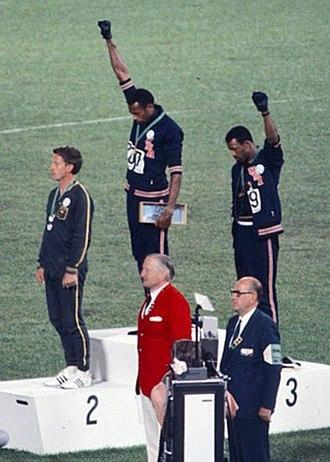 Pay attention to what other people are saying, not just with your ears,

but with your heart.

My daughter and son-in-law joined a protest in Kingston, NY the other day. Like any over-protective mom—even of full-grown, competent, deep-thinking adults, I might add—I tried to dissuade them. No luck. So off they went with their signs and their masks and their determination to participate in what is, most certainly, a watershed moment in American history. I started to pay attention to their decision, not just with my ears and heart, but with my years of experience as an activist. In truth, I was proud of them, and grateful that they could march and chant for all those who could not march. Risky during COVID, certainly, and not to be underestimated, which is why Governor Cuomo asked that all protesters get tested. (We'll know in a couple of weeks if there has been a spike.) Risky, too, when the military exuberance of the local police force is an unknown. Fortunately, it was a peaceful protest, no tear gas or rubber bullets, no violence.

Images of fists in the air, the black power salute—now adopted by Black Lives Matter—brings back memories. This gesture of resistance has a history that dates to the 1968 Summer Olympics in Mexico City when Tommie Smith and John Carlos took the podium to collect their medals. They raised their fists as the "Star Spangled Banner" was played—from beginning to end. "Black America will understand what we did tonight," Tommie Smith said to reporters. But what about the rest of America? Both men received death threats.

I was a student teacher in Oakland, CA assigned to an 11th grade American History class during that violent time in America. English was my major, American History my minor; I wanted to teach both. In this streamed school, I had the "C" stream, the bottom rung of the disaffected, brutalized children of the Oakland ghetto. Half the students in my class were Black Panthers, the other half Black Muslims, a third were on-and-off truants, if those numbers add up. I was a white Jewish girl from New York wearing a brown tailored suit to bolster my courage. My "supervising" teacher abandoned me after the first day because he was annoyed that UC Berkeley would send a person such as myself to teach at Oakland Technical High School. He could hardly look me in the eye when he spoke, and he wasn't eager to speak to me. Maybe he didn't like outspoken Jewish girls from New York, or maybe he didn't want to take responsibility for my demise.

Oddly, I wasn't afraid. The Panthers were revolutionaries, they carried guns and had shoot-outs with the police, but they also worked social welfare beats—food banks, free health clinics, and Black Pride schools. The kids in my class were their kids. I wasn't much more than a kid myself.

I had already faced down danger at Julia Richman High School on the day I was beaten up and learned about race in America. I had survived without rancor or a desire for pay-back. I'd started educating myself since then and joined many protests on the volatile Berkeley campus. I could take anything, I told myself. The civil rights struggle then, as now, was an imperative. We were all in motion, evolving. I wasn't a revolutionary, but I was dedicated to change, raising awareness, and shredding injustice.

And, so, I opened my heart to that class, waking at 4 a.m. to prep, and making decisions on my own about curriculum. I threw out the textbooks and asked the students to create their own timeline of American history based on their family's lived experience—in the south, in the north, in Oakland. What they didn't know, I assigned as research, aka homework. I taught them how to interview their elders, told them they were reporters, witnesses. They were perplexed at first, but eventually they understood. They came back with tough and heroic stories that challenged the mythology of the accepted American story at that time.

I moved the desks into a circle, seminar style. Students walking the halls peered in and stood in the doorway, a few entered and sat down and listened. They might have been truants, I didn't care. Looking back, I can't believe I did this, had the strength to do it, and that I never felt threatened. I finished up the term, gave out good grades to everyone who had stuck with it, finished up my classes on campus, and was rewarded with a California State Teaching License-Secondary "for Life," with the seal of the State of California at the bottom.

Risk and reward. It's like a dance, a push pull. If we don't take risks, our emotions contract and atrophy. The young men and women at Oakland Technical High School—I'll never forget them. My heart swells at the thought of them. We made progress together. We trusted each other.

Love this post and your Story. You made education real for your students. You were so young but a natural teacher. Bless you for that!