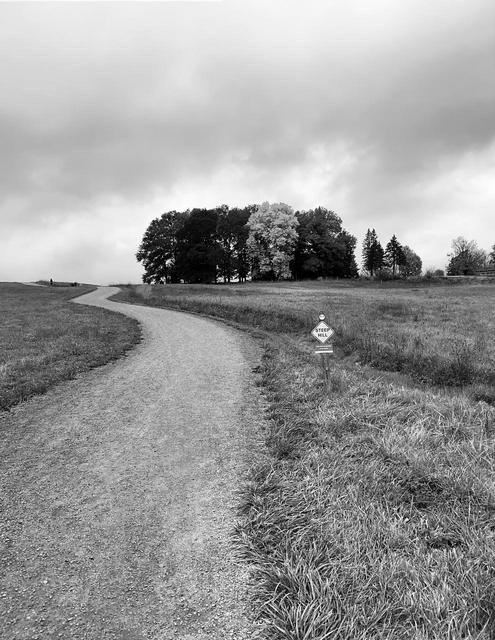 The long uphill road to COVID pandemic recovery as we wait for vaccine distribution and a functioning federal government. Photo © copyright Carol Bergman 2020

Where Have All The Elders Gone?

Where have all the flowers gone?

I woke up thinking about three friends of mine who said similar things to me in the days leading up to vaccine approval. It seems that thoughts of "it's almost over," sent them into paroxysms of anxiety. All of them have been coping well, working, making the best of isolation. Now they've hit quicksand and started to sink. "It was a shock to realize we were in the vulnerable population," Eliza said. "I have never thought of myself that way before until I heard I'd qualify for a vaccine before my younger friends and colleagues. Then the New York Times published the calculator chart, and I was in the middle of the line. My confidence collapsed and I started to think about mortality. How much time will I have left when the pandemic is over? After all these months of hanging in, that was bizarre."

I was reminded of several soldiers I have met as they became civilians again and the difficulty they endured: they could not lower the adrenalin rush of battle quickly, or forget what they had done, seen and experienced. And they often felt alone no matter how many times they were told, "Your experience is not unique." That sounds comparable to the mantra, "We're all in this together."  Is that true? Yes and no. Together alone, maybe, or alone together.

Like soldiers, we've all been on alert for many months. We've become logisticians and strategists, plotting our visits to the supermarket and testing sites, ordering in supplies. But unlike UN logisticians, for example, we haven't been able to escape the site of the disaster, not that escape helps. A real-life logistician friend went into Haiti for a UN agency after a recent earthquake, set up his chair and satellite phone, studied and recorded the damage as far as the eye could see, and made a list of all the supplies necessary. Then he folded his chair, re-boarded the helicopter that dropped him in, and traveled back to New York. And though he slept in his own bed that night, assured that all he had ordered would be delivered within 72 hours, he was still shaky. That was the beginning of PTSD for him, or maybe a continuation, as he'd been in the field for many years.

Post Traumatic Stress Disorder. We all have it now to some degree. But I also think that when those in the "vulnerable" population—and I am one of them—recover from this ordeal, our recovery will be different than those in their 30s, say, who hopefully have many decades of life in front of them.

"It erodes my trust in whatever time I have left," Marie told me. "I've lost touch, and I mean that literally. I haven't seen my kids. I haven't seen my grandkids. There'll be no Christmas this year. We live 3,000 miles away from each other. I feel as though I've lost a year of my life. Something is not right."

We don't hear many of the pundits talking about "elders" who live within the general population, and what our particular emotional challenges have been. Why not? Blinkered vision, I'd say, or ageism. We've been siphoned off, protected physically, yet segregated in an unexpected way. The truth is, if we are really honest, that elders disappeared a long time ago, or were left behind, dumped in nursing homes or simply abandoned as young people relocated to make new lives in other towns and cities, even transnationally, in search of opportunity, adventure and job stability, as we did ourselves when we were young, without consideration for anyone but ourselves. "We didn't raise our kids to stay close to home," my French friend Michel told me. His son lives in America; there won't be any visits this year.

Long before the pandemic, contact with relatives had often become virtual, which is useful, but also wasteful of generation to generation wisdom, not to mention the sensory experience of staying close. So far have we drifted from a sustaining multi-generational, interconnected society that I am not sure if such a utopian idea is still viable except in ersatz communities for the very rich, or in purpose-built pods on Mars.

Names have been changed to protect those who may be embarrassed by their vulnerability. I thank my friends for talking with me freely, knowing I am a writer who may use their stories in my work.

This is wonderful writing and it captures the disorientation we all feel and whose long term effects remain to be determined.