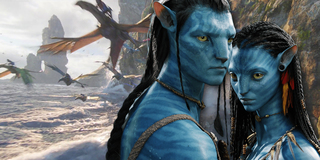 Jake Sully: I see you.

Neytiri: I see you.

-from  "Avatar," screenplay by James Cameron based on "Burning Chrome," a short story by William Gibson

For the first time since NYU's founding in 1831, students can add their personally selected pronouns, as well as the pronunciation of their names, to the faculty roster. This decision did not surprise; it's been evolving for a long time. To ignore its opportunities and imperatives would be #cisprivilege.  And what is cis? And what is #cisprivilege? I had vaguely, imperfectly understood, then I understood. I have always read Masha Gessen in The New Yorker and find her an outstanding clear-thinking source for all things Russian and trans. Forgive me, dear reader, if I slip now and again. I try to keep up. These changes in our culture and in our language are happening fast.

Like so much else, I suspect that NYU's decision was hastened by this past COVID year of invisibility, or partial visibility. We are blended in and out of the classroom, or framed by wee boxes on virtual platforms: I see you, I see myself in the camera's eye. Where are you? Where am I?  The images of ourselves and others are often elusive, so why not ground them, explore them, and redefine them with precise language as we await the day we will become three-dimensional to one another again. At which point, what will the world look like and sound like? How will we have changed?

Just out of college, the cis daughter of a friend ran a support group for trans teens in a Mt. Sinai clinic in Spanish Harlem. She wasn't qualified,  she wasn't trans, but she was an empathetic facilitator. Working with the guidance of a social worker, she never flinched, never questioned the rights and desires of her struggling and suffering younger charges to find peace and acceptance, to get jobs, to protect themselves from abuse and worse. When she asked me to teach a writing workshop, I felt both curious and repulsed. Who were these young people? How did they get this way? What went wrong? Can they be fixed? As an educator, a parent, an espoused progressive, I knew better, but these inane and ignorant thoughts crossed my mind—shame on me. Years later, I have fewer questions, and more understanding, but as a writer and editor I still have a problem with plural pronouns becoming singular (he/she/him/her/his shifting to their/them) even though the psychodynamic imperative is now obvious to me.

Shifts in language follow changes in society. We now capitalize the word Black, for example, with reference to a Black person. Just recently, newspapers and magazines of record had discussions about this change as a consequence of the Black Lives Matter Movement; the decision was made decisively and quickly.

During a Zoom session last week, two students corrected my mispronunciation of their names. I didn't mind because it took courage to challenge a professor on the first day of class, and building courage to tell a story is key to my pedagogy. I was also pleased that they felt safe enough and self-confident enough to voice their names out loud for all of us to hear, learn, and appreciate.