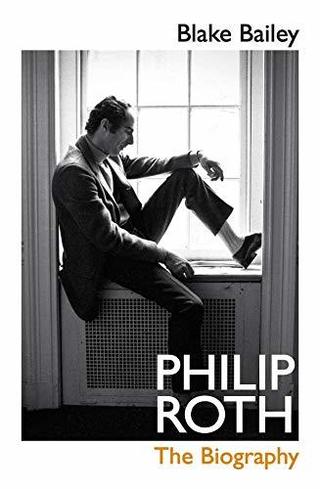 Writers and the Writing Life in a Plague Year

Removing a published book from circulation because of the authors' conduct and resulting adverse public opinion against the author or the subject, no matter how strong and justified, contradicts important principles of free speech and open discourse.

I'm about 200 pages into Blake Bailey's mesmerizing, beautifully written biography of Philip Roth. Withdrawn from distribution because of some horrendous allegations, it is already a collectible. And if, heaven forfend, the allegations are true, Blake Bailey's publishing career is over. Worse, much of Roth's archive has been sequestered until 2050—a contractual arrangement between Roth and Bailey—which means that no other biographer—perhaps even a female biographer (and wouldn't that be interesting) will be able to access them until then.

Many men of Roth's generation, coming of age before the women's movement, are notably stunted in their relationships with women. They still use foul language, or stare and glare, or have expectations of a woman's role. This is a given. So, when two guys get together and schmooze, who knows how they'll boast, make up stories, smear the women who have hurt them, distort their own emotions because they cannot express them clearly. Bailey wanted Roth to feel safe enough to give him access to everything—his papers, his tapes, his drafts, so he probably let Roth rip. And if Bailey, too, had some shame about past behavior, it's interesting to wonder if he shared any of it with Roth, or remained silent. I am sure that neither Roth nor Bailey anticipated that a Roth biography would be silenced.

Philip Roth had a strong social conscience. His masterwork, The Plot Against America foretold the Trump presidency and the political and social tensions that have followed in the public sphere. I think he would have been heartbroken that his biographer has been cast out by his publisher and his agent without his day in court. I am almost certain he would have spoken out for him fiercely, as I am today. I had thought we were all innocent until proven guilty. I was wrong.

Cancel culture, denouncement, unproven allegation and accusation, is every writer's—indeed, every American's—nemesis, or should be. We do not live in China, we do not live in Russia. This is, ostensibly, a country with a free press absent the pressure of the marketplace. And that's a big statement. "The business of America is business,"  someone said as advertising chatter started to permeate the radio air waves back in the 1920's. The FDA regulated that chatter for a while—a certain amount of ad minutes per hour—now it is totally deregulated. But that's radio. What about books, newspapers and magazines? Deliver the reader to the consumer is the mantra. Unless a publication is privately funded, or grant funded, there is no immunity from economic pressure. More so now during the pandemic as companies fail, falter or consolidate.

As it happens, Roth wrote a book called Nemesis, one of his best as it is not over-written or adolescent in its sexual longings; it's a mature book about a polio epidemic. Indeed, he wrote many fine books, and many not so fine books, using the events and people in his life as inspiration, and creating a narrative persona that was very close to his own. It's an unusual body of work spanning many years. Like Roth himself, it evolved.

My sense thus far in my reading of the biography is that Bailey understood Roth, without judgment, which is why, in my estimation, he was chosen as an "authorized," biographer, not that "authorized" means that much these days. But the two writers' affinity is unmistakable, despite the age difference. Although he did a lot of interviewing, Bailey lets Roth and his work speak without much direct questioning in the text, a bit like a cinema verité movie without an interlocutor. Perhaps this was not the best decision in the current circumstances, as it leaves the biographer open to accusations of misogynist complicity. But it's the narrative device Bailey chose to tell Roth's story, and it is successful. I can't put the book down. What a shame that others may not get to read it. Will it become contraband like Henry Miller's  Tropic of Cancer, smuggled into the United States in the dead of night? That is what happens when a book goes underground: it becomes samizdat as in the days of Soviet repression and censorship.

It is a "complex fate" to be an American, Henry James said, from the vantage of  a life abroad where—as a gay man—he  felt emancipated from the Puritanical persecuting spirit. Many Americans have suffered from this persecuting spirit—think of the Salem witch trials, or the House Un-American Activities Committee. Lives and reputations have been destroyed needlessly. And they are still being destroyed today.

Agree with nearly all you say here, especially with respect to our present “prosecutorial culture,” a legacy of Puritanism. The same puritanical legacy accounts, I think, for a more general lack of sophistication and maturity when it comes to sex. With good reason the French among others laugh at scandals like this one. When it comes to sex, we seem unable to graduate from high school. Consider the fact that in our culture, attached to “sex,” the word “adult” means not “grown up” but “pornography.” That says it all. And it isn’t just men. As for Bailey’s biography, I too find it quite readable, though it suffers from “kitchen sink syndrome,” the tendency of contemporary biographers to tell everything, no matter how trivial or banal. It treats Roth’s love affairs as equal in importance to his writing: it is not. But Bailey is no literary critic, and is or seems more at home with locker room banter than with literary interpretation and analysis.

Without having the benefit of having read Bailey's biography, and being far from the American culture wars for a long time, I can say I nonetheless agree with the general sentiment that censorship is wrong on principal. The trendy phrase "cancel culture," which I believe originated on the Right of the American political spectrum to denounce the removal of Civil War-era statues in the South, is one that should rightfully be picked up by the Left. The difference is that the Left cancels itself while the Right burns with indignation when their heroes are attacked. Is self-cancellation progress...a sort of process of self-correction? And who determines what is correct? The Authorities? The Market? The Consumer? All or none. Ultimately, the icons of the polis are built on shifting sands, as is the polis itself. As for the view from far away: here in Southeast Asia, where democracy is still fought over in bloody street conflicts and authoritarian rule is a reality not an Internet meme, "cancel culture" can mean a bullet to the head. Perhaps Culture Wars are a First World luxury.

While I've not read the biography I agree with all the general points you're making here Carol.

I had just read the excellent review for this biography in the NY Times Book Review when all hell broke loose with these serious allegations.
It is a frustrating and indeed dangerous precedent for voices to be silenced this way. I believe the marketplace and readers deserve better.

There needs to be a distinction between a man's public work and his private life. If we extend this sort of censorship back in time, where will it end? How many great books, operas, works of art would be condemned in this modern version of book burning. Personally, I regret that I'll never see another performance by Kevin Spacey, a great actor.

I am just finishing Lawrence Levine's book on American culture, HIGHBROW LOWBROW. He concludes with the following warning: "To confine something as variable and dynamic as culture within rigid hierarchical divisions, which are then projected back into a past in which they did not yet exist, is to risk misunderstanding not merely our history but ourselves."