War is Not Good for the Environment. Our Cultural Heritage, or Any Sentient Being 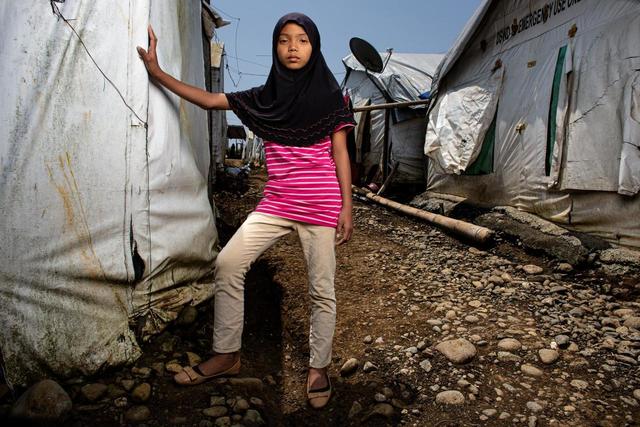 By the time active military engagement ended, the United States dropped three times as many tons of bombs on North Vietnam, a country the size of Illinois, as were dropped by the Allies in all of the Second World War...Three million Americans served in Vietnam: 58,000 died there. The United States got nothing for it.

I was reading Menand's chapter on Vietnam in The Free World the very week that most of the American troops in Afghanistan came home. The bases that fed and employed the local populations, bases as large as cities, were abandoned in a middle-of-the-night clandestine operation to prevent Taliban attacks during retreat.

The United States got nothing for that 20-year war either. Osama was bivouacked in Pakistan so why, exactly, did we go in?

The women of Afghanistan benefited greatly from the American occupation, however. A short-lived gift. What will happen to them now?

I've known a few war reporters, and to a person they are addicted to the adrenalin rush of war. They then feel remorse, and often cannot wind down, sleep or eat for months, or years. Like soldiers and humanitarian relief workers, reporters often suffer from PTSD. They witness cruelty, barbarism, murder, famine, loss. Sometimes, like some humanitarian workers, soldiers and reporters disappear from civilian life entirely, re-enlist ad infinitum, volunteer to cover stories ad infinitum, and stay in the field for the rest of their lives following the footprints of war across the continents. There are plenty to keep them busy.

And then there are the soldiers who become humanitarian workers—swords into ploughshares. I am always honored to meet them. This week I received an email from Robert Macpherson's publicist asking if I'd blurb his debut book, Stewards of Humanity; Lighting the Darkness in Humanitarian Crisis.  Macpherson is a former infantry officer in the U.S. Marines with service in Vietnam, Iraq, and Somalia. After retiring as a Colonel, he enjoyed a second career with the humanitarian aid agency, CARE. He lives in Charlotte, NC with his wife, Veronica and service dog, Blue.

A service dog. That says a lot, enough for me to consider saying yes to the publicist, that I'm happy to read the book and write a blurb. The only caveat is the prose: it has to be strong. I wasn't disappointed. Here's an excerpt, by permission:

Upon leaving the clinic, I thought about how sheltered I had been. Although I experienced war and conflict, I traveled within a bubble. If I were injured, the Marine Corps would find and rescue me. When I went to a rest area away from combat, there were cans of Coca-Cola and other staples of American life. Wherever we were assigned, we brought our culture, language, and as much of our lifestyle with us as logistically possible. In Somalia, though, I was pushed outside my psychological comfort zone. Combat was horrendous, but I was trained for it. This was the first time I directly encountered the long-term results of armed conflict on the innocent.

It's hard these days to imagine a planet without war, or the environmental and human degradation that war amplifies, or causes. Armed conflict impacts all of us, even if we live protected lives far away from the battlefield.  What can we do here, from the relative safety of our homes? At the very least, we can monitor the foreign policy initiatives and arms sales of our government. After all, we are the only nation on earth that unleashed an atomic weapon to "end" a war.