A Writer in The Family 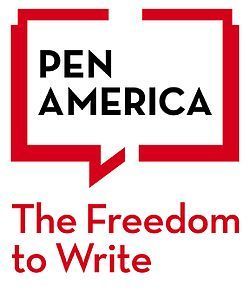 Once upon a time there was a writer in the family who used his backstory in the first five chapters of his novel, fictionalized, of course. He changed the names of his nearest and dearest—his familiars, people he loved, people he found troublesome—and amplified the characters beyond recognition. Or so he thought. He told his writers group, and then his agent, and then his publisher that the work took on a life of its own, that the story wrote itself, without reference to his own story or anyone he knew. By the time he was done, he said, he didn’t remember how the book had started or who had inspired it. Nonetheless, a brother recognized himself, then a cousin, then a former lover. A more distant relative threatened to sue. Luckily, the writer carried indemnification insurance. He had been warned by his agent: publishers no longer indemnify. So what had started as a writing project became a legal nightmare. Many writers have been through it; few can afford it. Including me.

I have had more than one such conundrum in my writing life. I’ve had a death threat and a request from an English Lord in the House of Lords—where I’d been called to testify because of an article I’d written—to return to the country from whence I came, post haste. My very own mother asked that I refrain from writing a memoir about her side of our family for fear of legal action, which never happened. The book was published, it did well, my mother was proud.

I am a reporter, Nancy Drew writ large. I gather evidence. The story is told from my point of view; I own it and take responsibility for it. I write fiction now, too, which is different in many ways, but the same ethical rules apply.

Recently, not that long ago, alas, I published an essay called “Why I Believe in Interventions.” Someone in my extended family took exception to it and threatened to sue unless I withdrew it from the online magazine, or changed a few of the sentences. I no longer carry indemnification insurance so I had to prevail upon a mediator—my skillful husband—to quiet this relative. It was an unpleasant episode that affected me and members of the family adversely. Afterwards, I asked myself questions: Should I have written and published this essay? YES. Did I have a right to publish it? YES. Should I have shown a draft to various family members mentioned in the piece, directly and obliquely? PERHAPS. Would that constitute censorship, or prior restraint? YES.

Every term I begin my workshop classes with a mantra: every writer must feel absolutely free. No self-editing, no censorship, no prior restraint, no coy references or hidden agendas. Remain credible, write honestly and fairly, do your research, raise your knowledge base, state your point of view, and the writing will soar.

I do not live in a police state, I am free, I am a writer. This is what writers do.  Read More